Does interval running really live up to the hype?

Run walk run intervals is a strategy for runners of all experience levels. You may have heard the myth about ‘do real runners take walk breaks?’. Yes they do. This method has been used by runners of all levels. 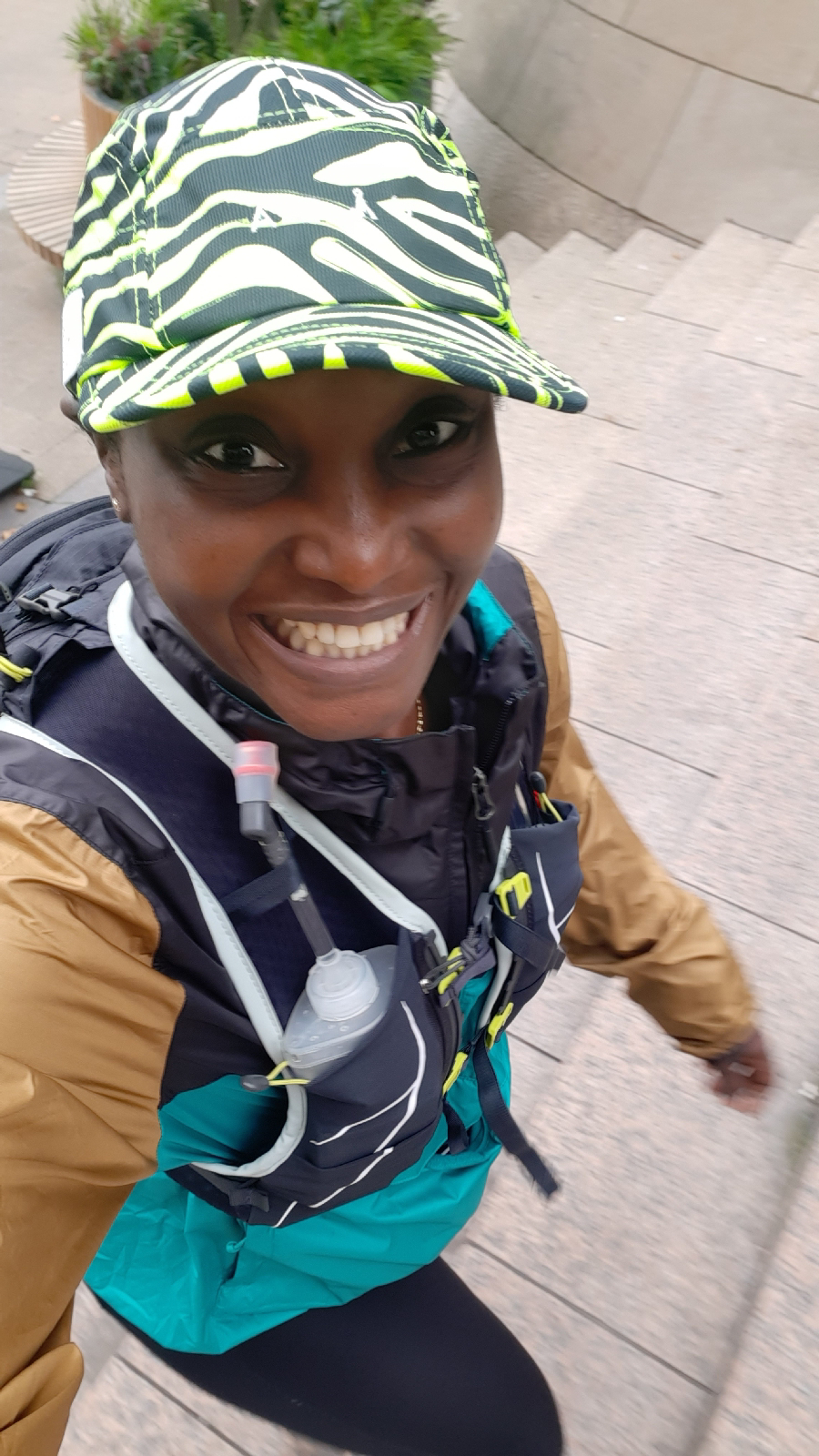 You may have heard of the term ‘jeffing’. 'Jeffing' is a run-walk-run method which consists of purposefully breaking your activity down into running and walking intervals from the beginning of a training session or race. It is often associated with beginner runners but experienced runners use it too.
There is no one set interval so it is important that you try different ones on your runs to work out the best one for you. Walk breaks are personal so give it a go and find out what works for you. Walk breaks will significantly speed up recovery because there is less damage to repair. The early walk breaks also erase fatigue, and the later walk breaks will reduce or eliminate overuse muscle breakdown.
Jeff Galloway - The technique of 'Jeffing' is named after American Olympic runner Jeff Galloway. Galloway was on the 1972 American Olympic team competing in the 10,000m.
He is an exceptional runner, previously setting an American 10-mile road record and winning the 1974 Honolulu Marathon in a time of 2:23:02.
More info about Jeff Galloway Jeff Galloway | The official site of Run-Walk-Run
How to work out the most suitable intervals for you.
Magic Mile | Jeff Galloway
Here is a great video from The Running Channel about the run-walk-run method.
Running channel - (105) Running and Walking | HOW TO Use The Run Walk Run Method by Jeff Galloway - YouTube
How interval running has helped me to start running again
I first started to use the run-walk-run interval in August 2022 when I was preparing for the big half marathon. I am still seeing a physio for an injury I sustained a while back but I have been following my strength training programme in the gym, no running and just building back. Initially I used the run-walk-run method on the treadmill for a 30 minutes run then 3 days later, increased the duration. The following week I then tried this run out in my local park. I didn’t want to run too far away from home just in case I became distressed.
I was impressed as it all felt good but I was still cautious as I did not want to push too much. If I am was going to run the big half then I needed to have a plan and followed it through. One of my friends Ray  wanted us to run together as he had not run a half marathon for a while. I told him my plan and he was happy to tag along. He was even happier as he was thinking we had to count 180 seconds in our head and then walk/count 60 seconds for the whole race… haha. I told him about a gadget called gymboss and he was relieved.
We arrived at Tower Bridge for the race nice and early (I am an early bird and do not like rushing or to feel rushed). If you have ever been to a race start then you know what the toilet queues look like and the bag drop etc. We did both in good time and still had plenty of time to watch the elites (Mo Farah, Eilish McColgan and many others) and then we warmed up properly before we set off.
I started the gymboss as soon as we crossed the start line. As I had trained using the 3:1 interval (3 mins run : 1 min walk), we set off using this. A few minutes into the run, I heard someone’s timer set off, I thought to myself, that sounds familiar and then mine went off and we walked. As the race progressed, I could hear other people’s timers! This is something that I had NEVER noticed in the past. I think it’s amazing the number of people that do interval running. We completed the big half feeling great and still energised believe it or not in a respectable time of 2:40:03. The plan was to finish not in pain and that goal was achieved. Moving forward I will definitely continue with run-walk-run as much as possible. Thinking ahead, this would be great for e.g marathon as it will help conserve that energy that you need from mile 20 - when the race really starts!

Gymboss set to 3 minutes walk and 1 minute run. The B means it sounds a beep and V means it also vibrates. These happen to alert you to change between interval so you can have this in your pocket. You can choose either B or V or have both. 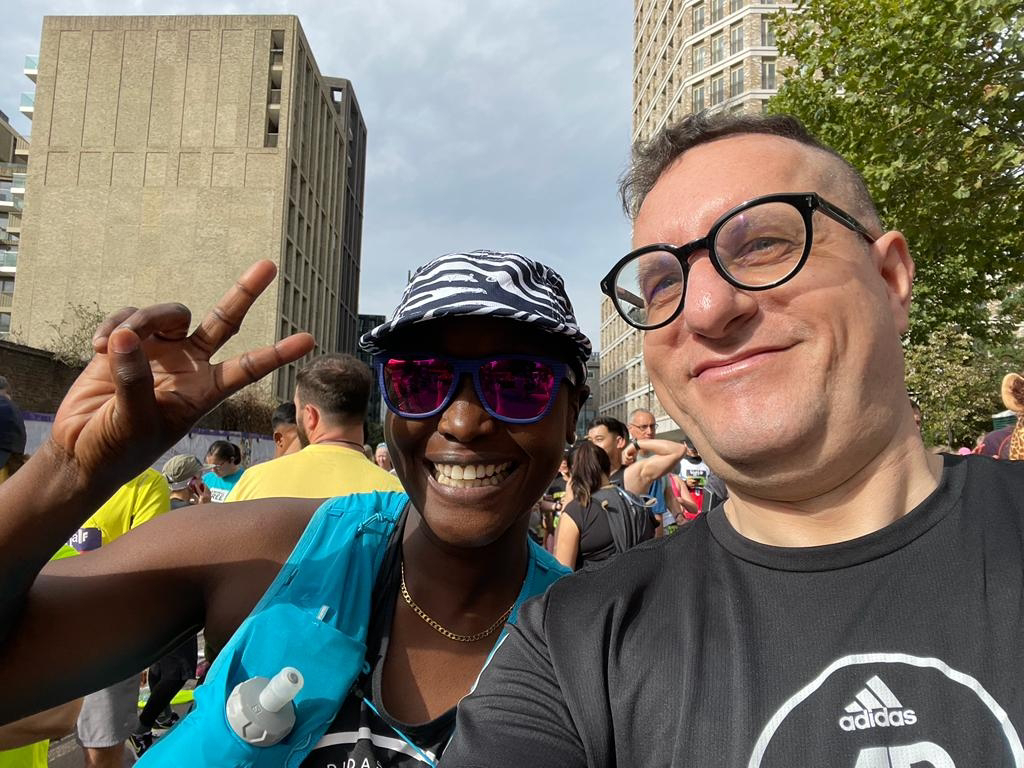 With Ray at the start of The Big Half
Amazon - Gymboss Charge Interval Timer and Stopwatch : Amazon.co.uk: Sports & Outdoors
·       Compact interval timer times one or two intervals between two seconds and 99 minutes. Built-in Stopwatch and Clock feature. Secure and Removable Belt-clip included.
·       Auto mode keeps repeating through intervals, up to 99 repeats. Chime and vibration interval notification; alarm duration can be set for one, two, five, or nine seconds.
·       Backlit LCD makes it easy to see in any light exposure.
·       Weatherproof allowing for use in heavy continuous rain as well as extreme sweat and humid conditions.
·       Size of a small pager. Built in rechargeable battery that will last for months on a single charge. Charging cable included. Fits all Gymboss Accessories, including the Gymboss Watchstrap.

Photo from Amazon
Benefits:
-          Helps to reduce injury
-          Stops aches and pains
-          Good if you are starting out from scratch either as a beginner runner or coming back from an injury
-          It helps your body to prepare for the stresses and helps your bones and joint to re-adapt.
-          Controls your effort
-          You can run further or for longer
-          Keeps you motivated and the target can seem more manageable
I have really enjoyed using this method to restart this running journey again. I would highly recommend that you start using the interval from the beginning of your run rather than when you start to fatigue as it will be more difficult to get into rhythm. The set intervals also trains your body and mind and let's it know what you are doing. You can also change the interval setting during your run if you feel you can run for longer and want shorter walk breaks. Just make sure to practice this in your training runs and not on race day.
Please note that I am not in anyway suggesting you can only do interval running using the gymboss. This is what I used but there are apps out there that can do the same thing or some smart watches. I just didn't want another app to use 😄. 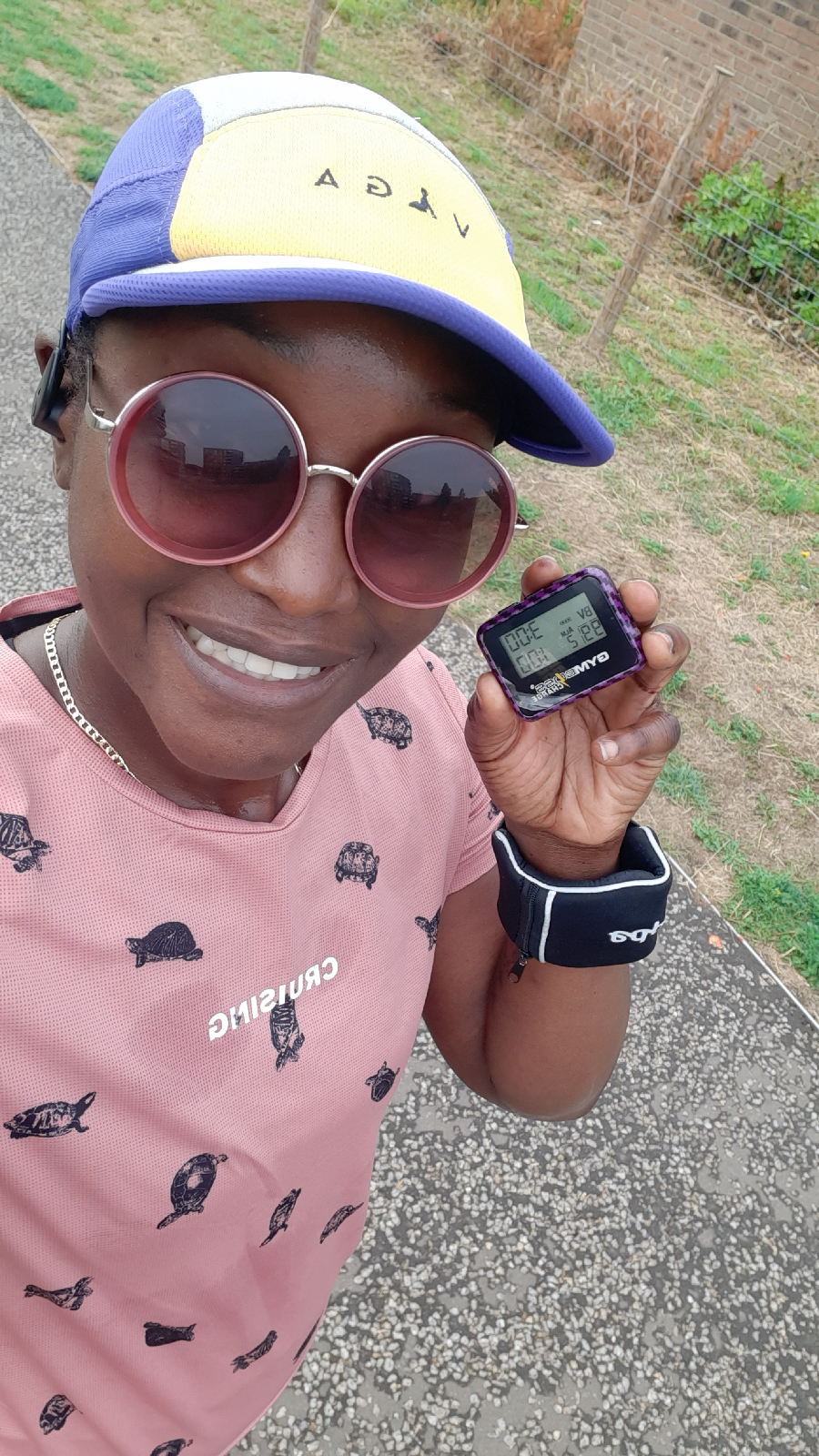 If you have tried interval running how did it go? Let me know in the comments. If you haven’t and would like to after reading this, do let me know how you get on.
Goodluck x 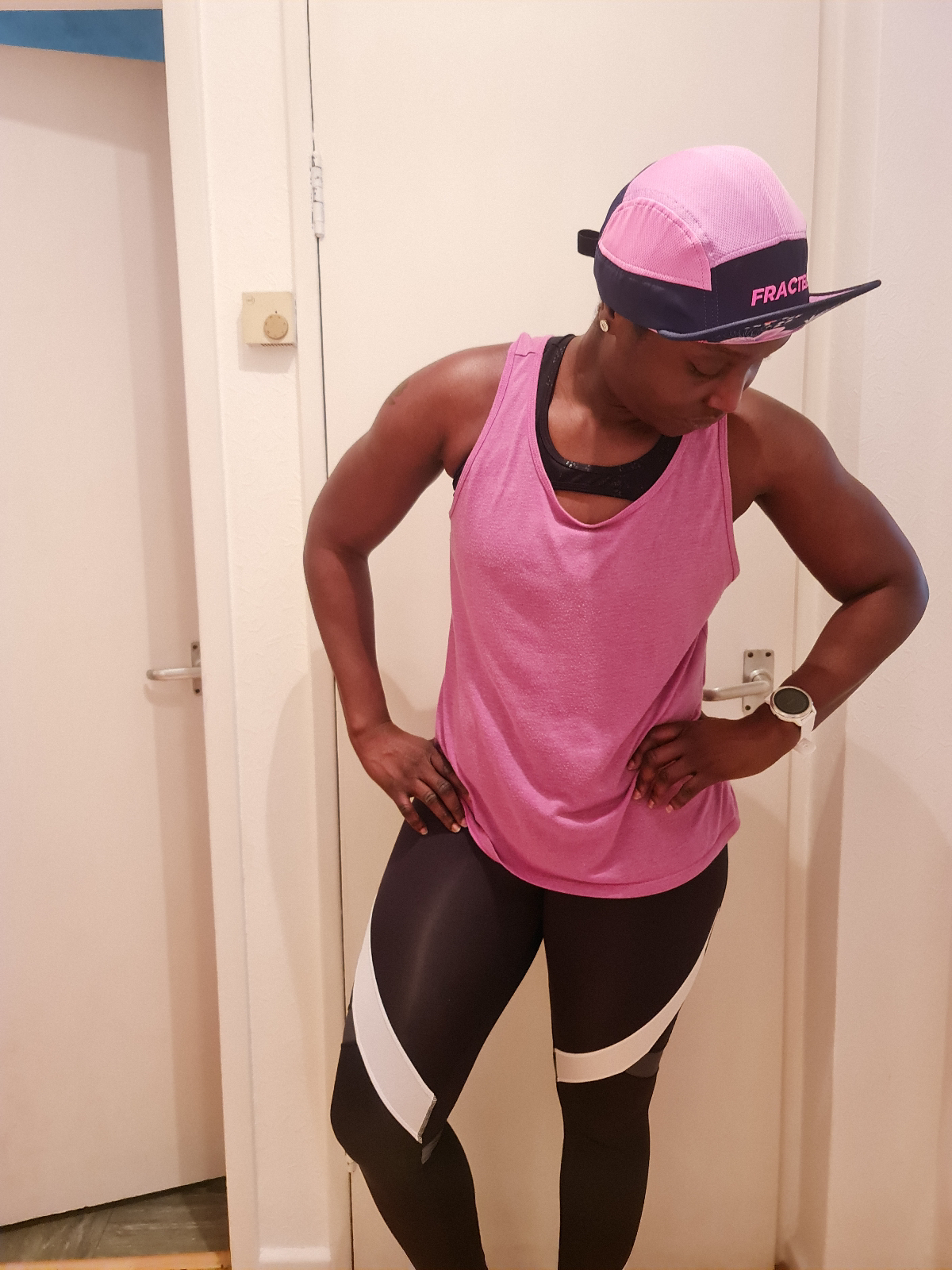 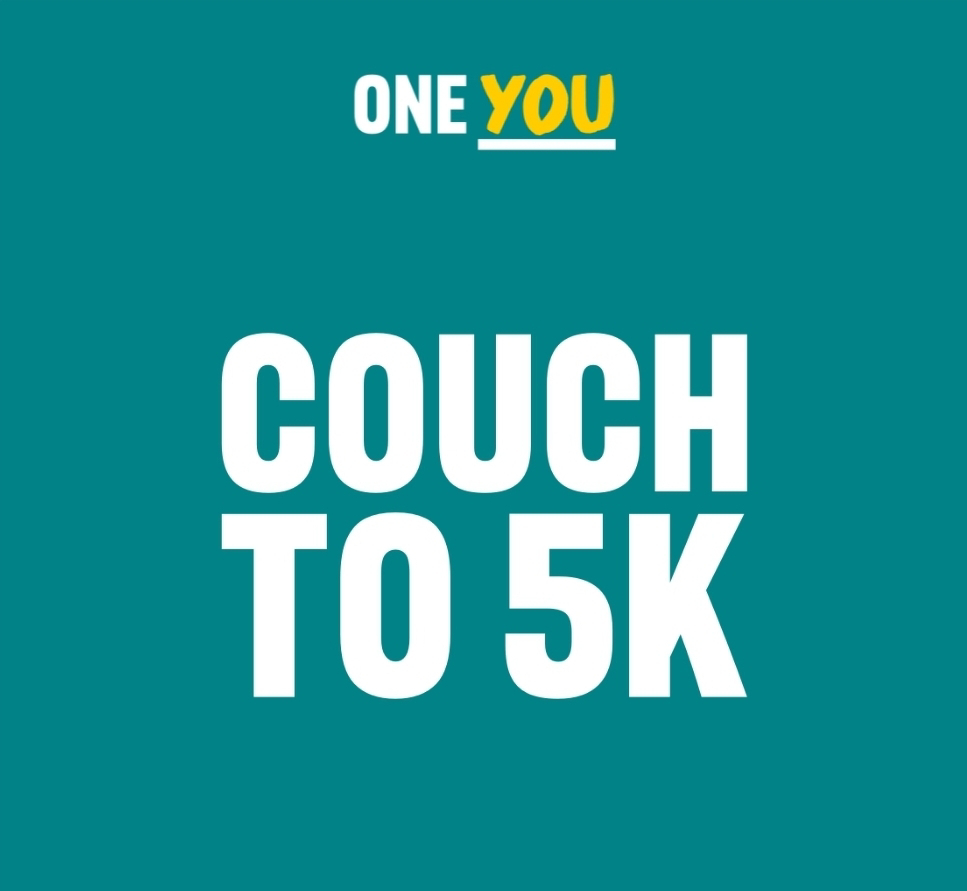 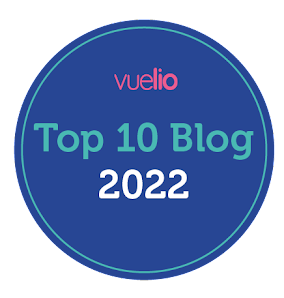